4.7 (208)
Write a Review!
Knowledge base and documentation software
See alternatives

KnowledgeOwl provides powerful yet affordable knowledge base software for any budget. With no coding skills required and almost zero learning curve, it allows you to create a knowledge base, manual, handbook, or portal quickly and easily. It's extremely powerful, extremely affordable, and extremely customizable help authoring and documentation software.

KnowledgeOwl includes reporting tools that analyze customer behavior in order to understand the performance of your help documentation. Use the actionable insights provided by KnowledgeOwl to improve the usability of your knowledge base and the overall customer experience you offer. Some of the key features of KnowledgeOwl's application include a searchable and collapsible table of content, files, images and video uploading that are mobile compatible, an embedded contact form widget, article recommendations and call-outs to view new and updated articles.

- Table of contents, self-learning search, and callouts for new and updated content. Choose one from one of two extremely customizable themes.

- Mobile optimized right out of the box so your knowledge base looks great on any size device. You have complete access to the HTMl and CSS to completely control the design and functionality of your site.

- All accounts have access to unlimited readers as well as phone and email support. Upgrade, downgrade, and cancel at any time.

- Find out which articles are performing the best using location-based reporting and customer behavior analysis. 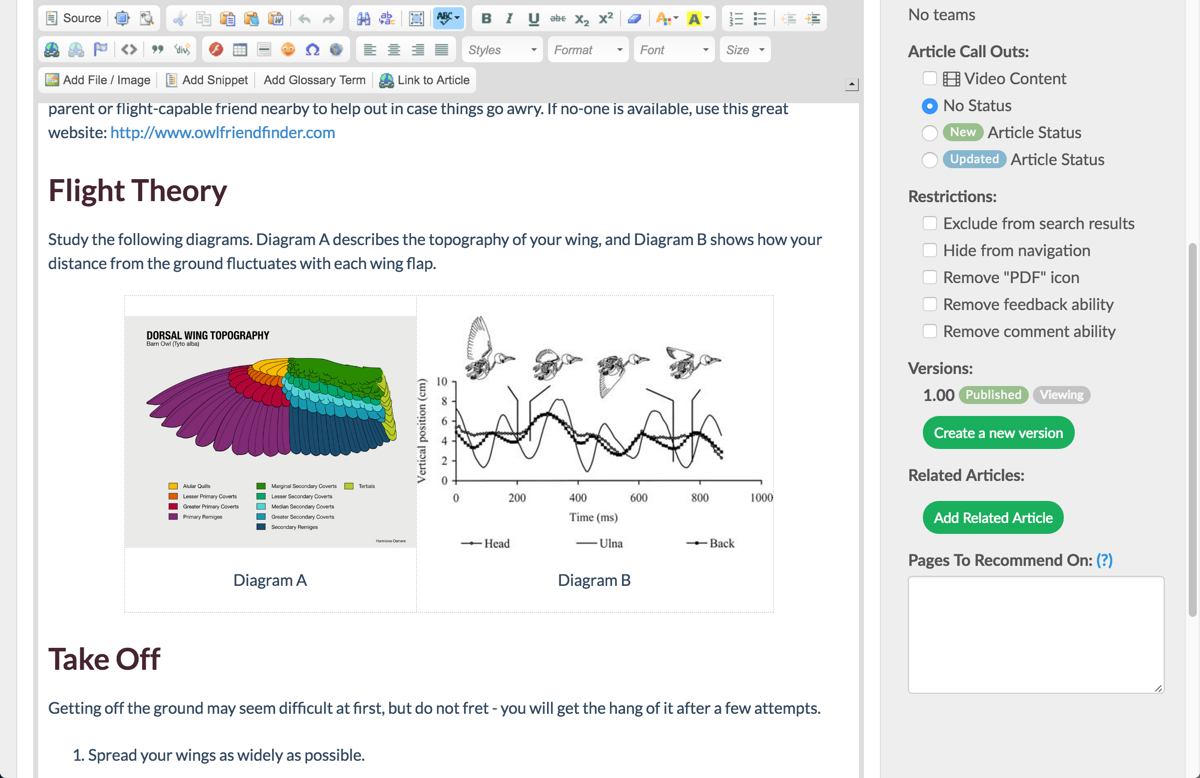 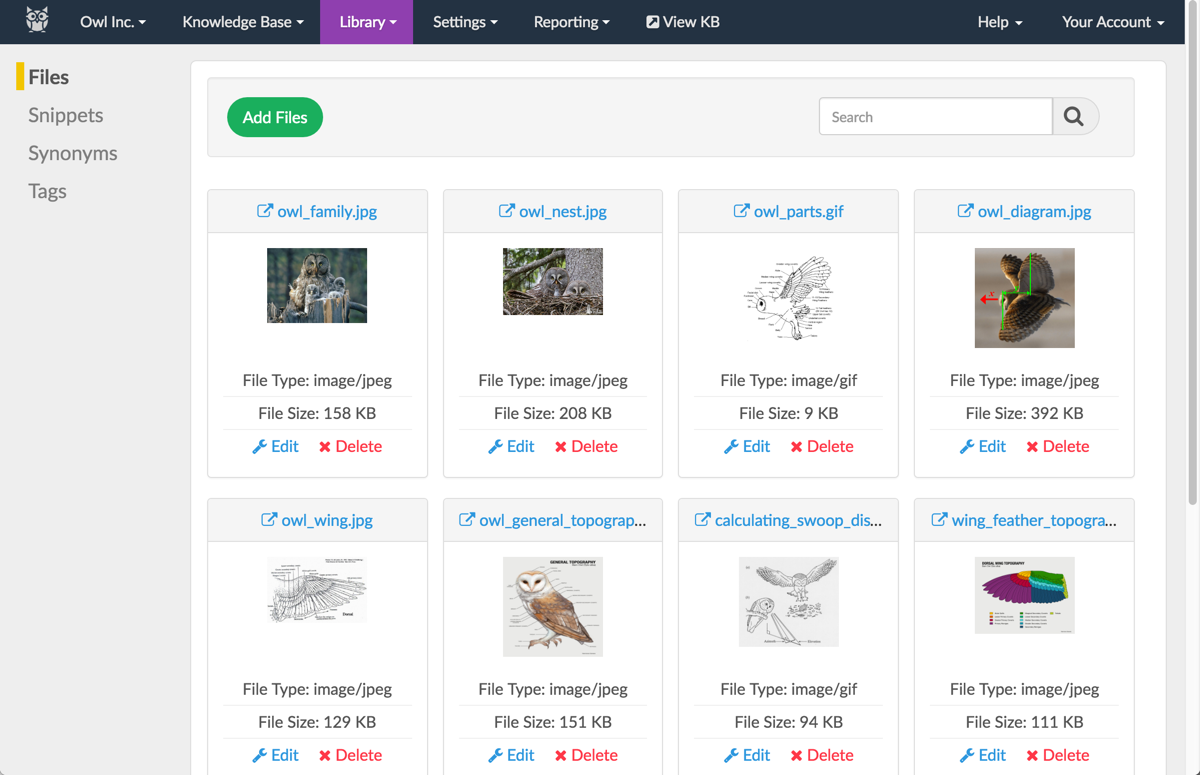 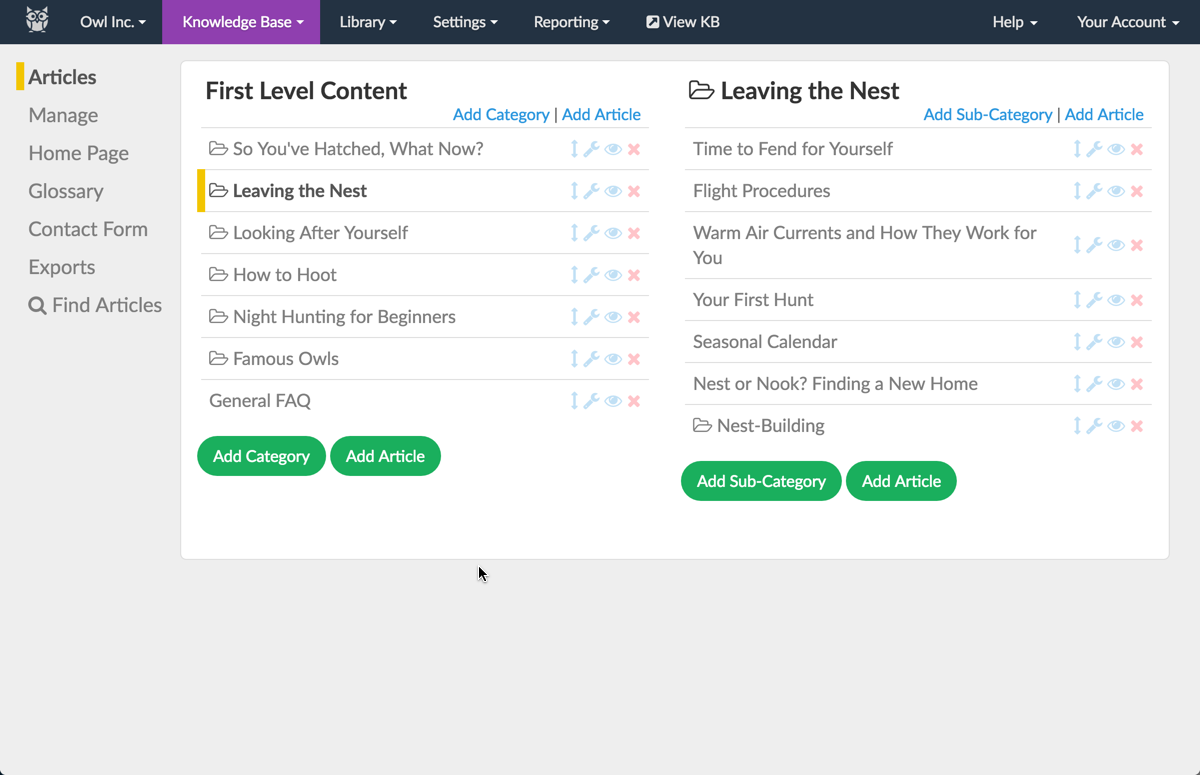 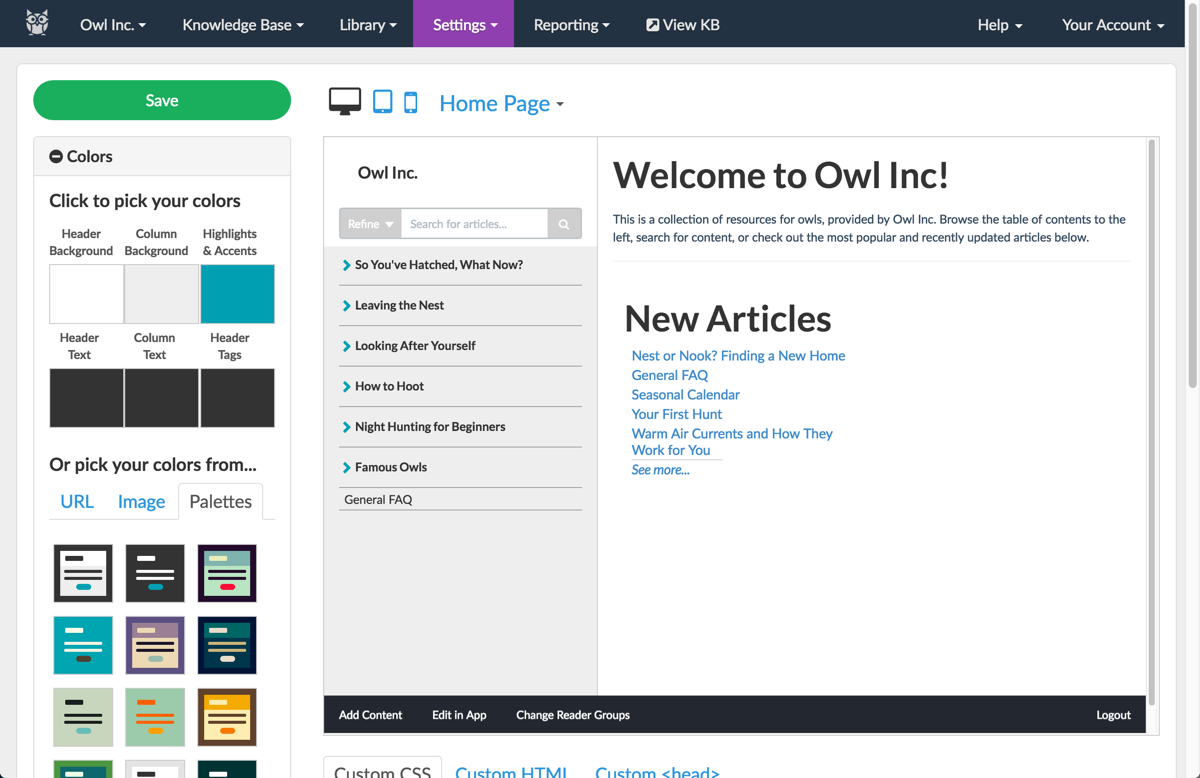 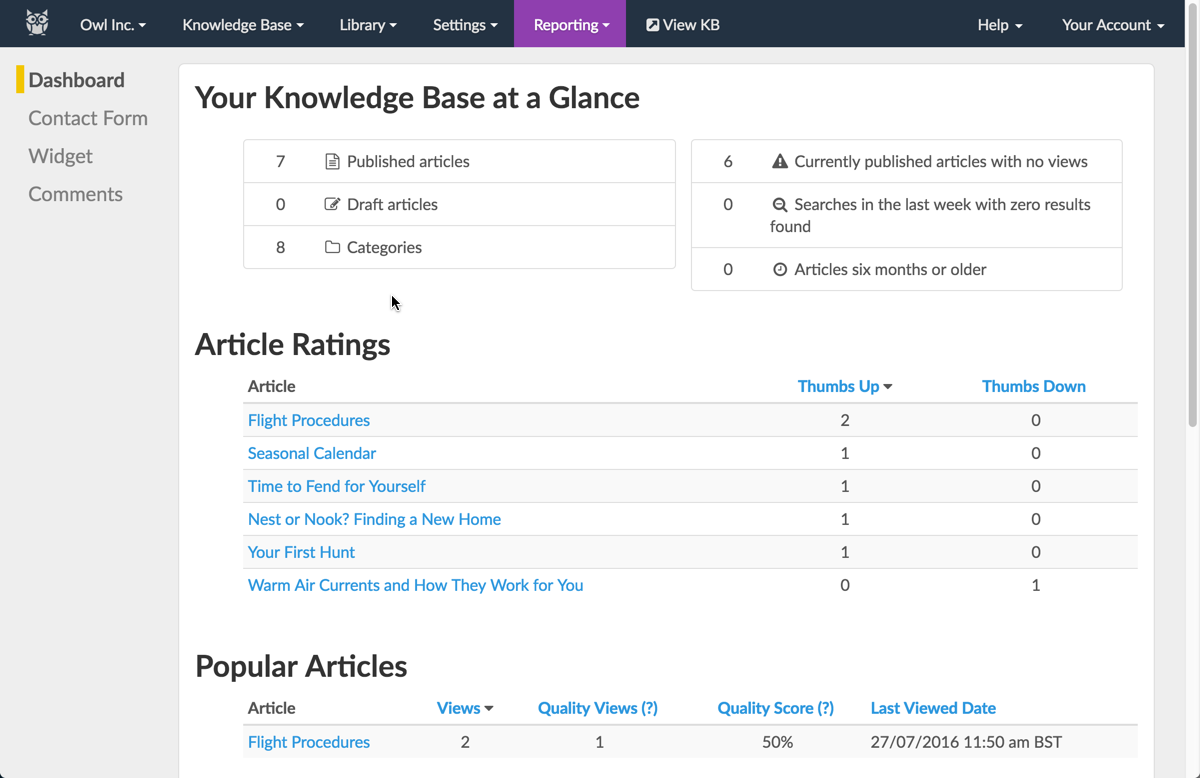 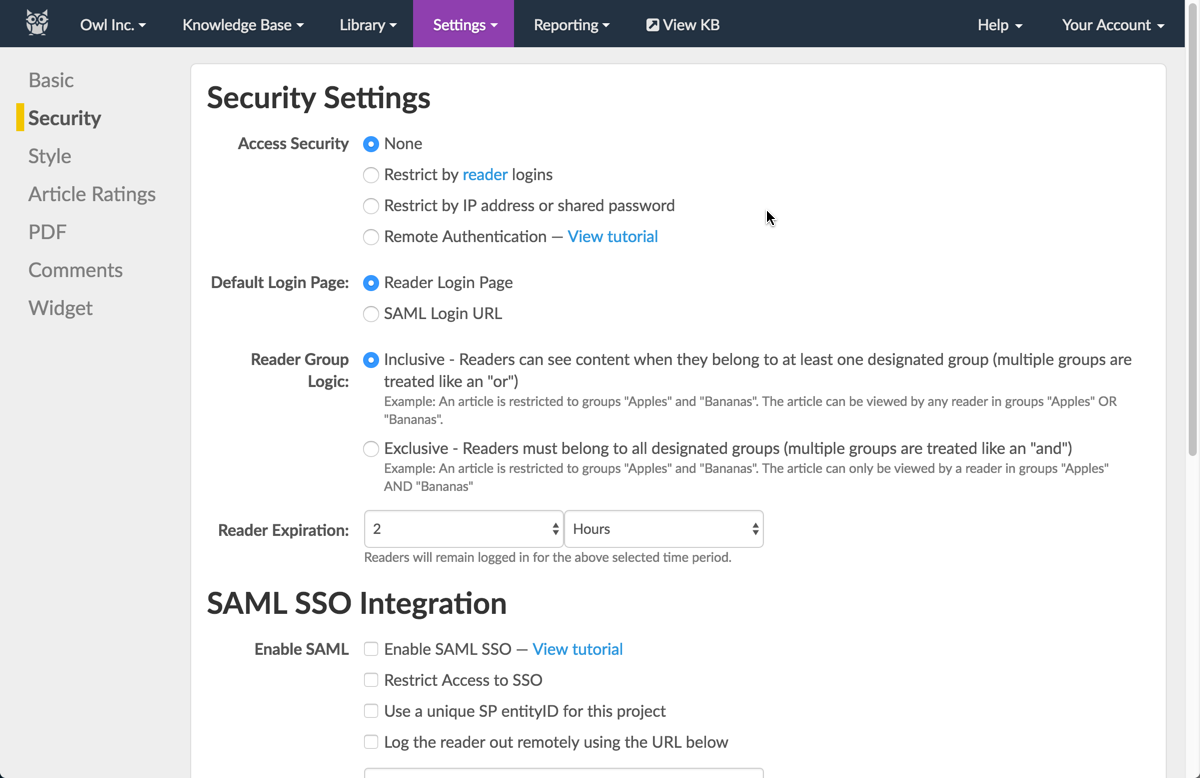 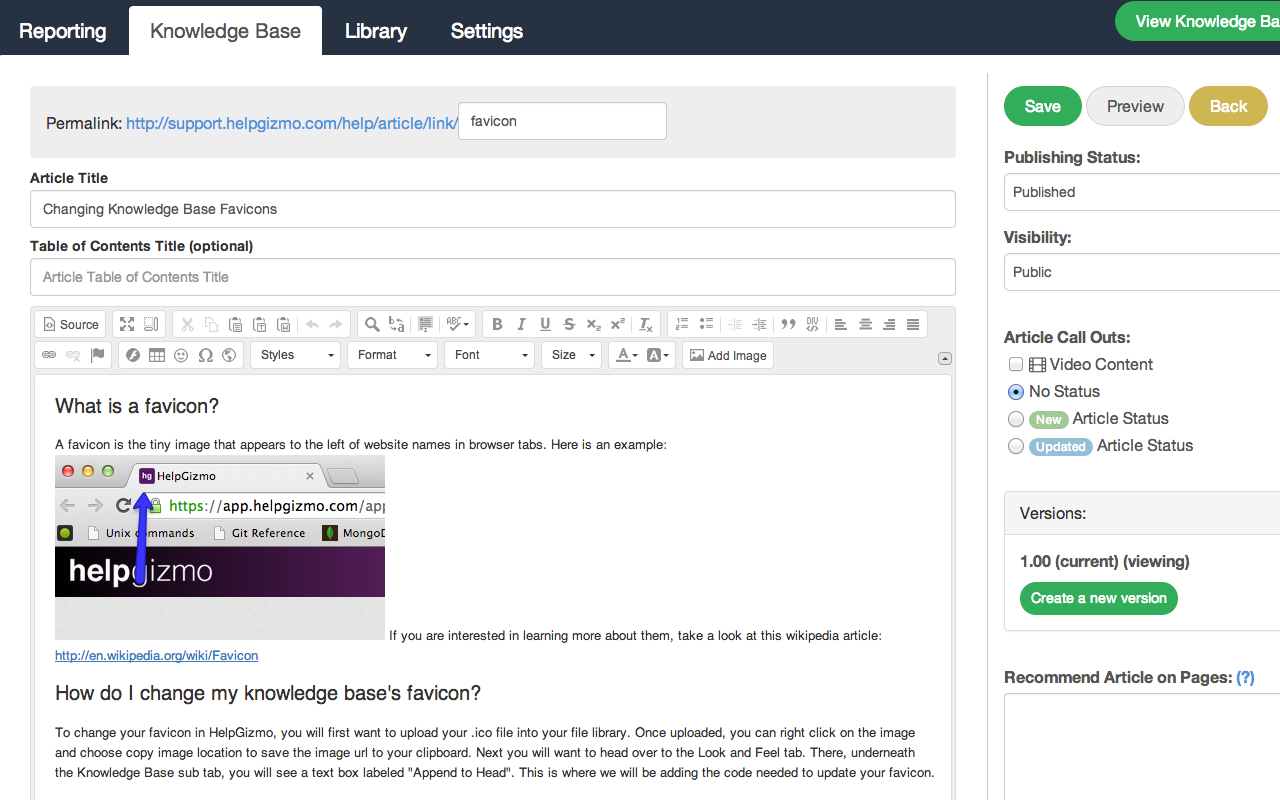 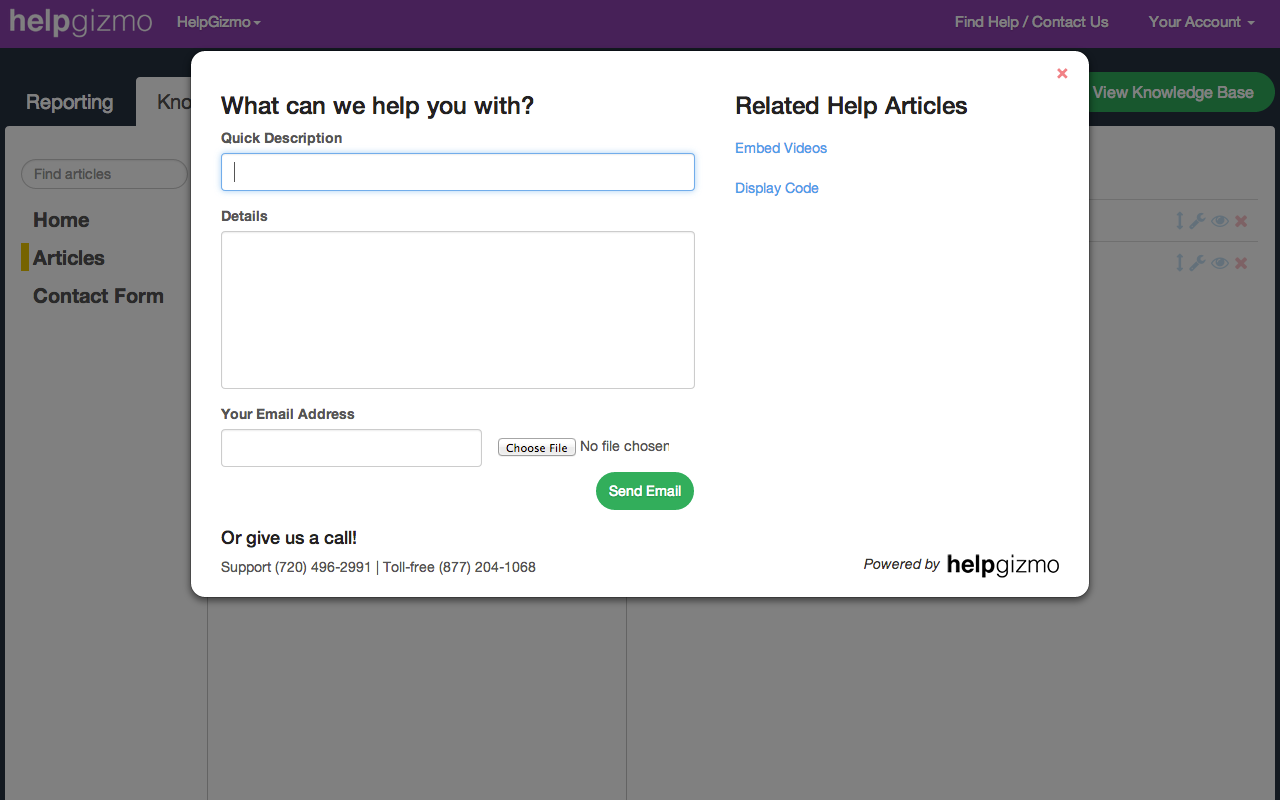 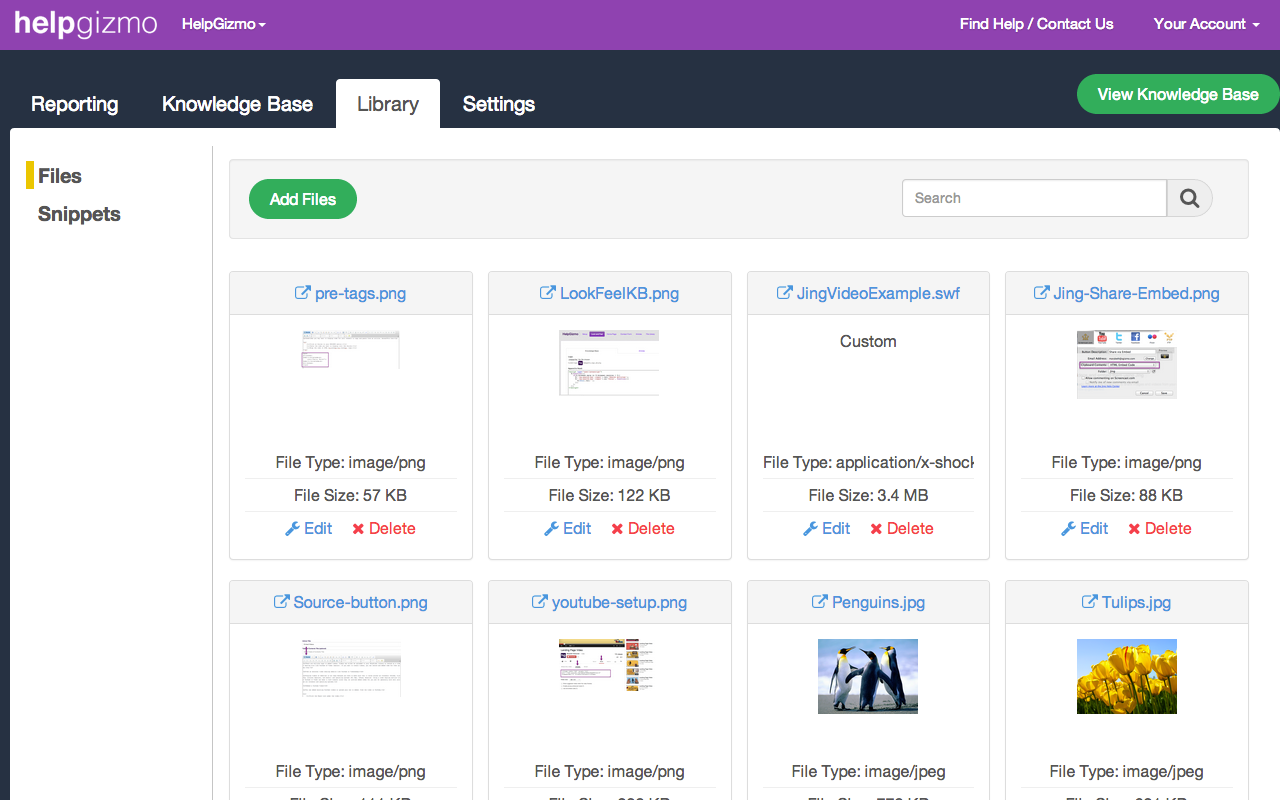 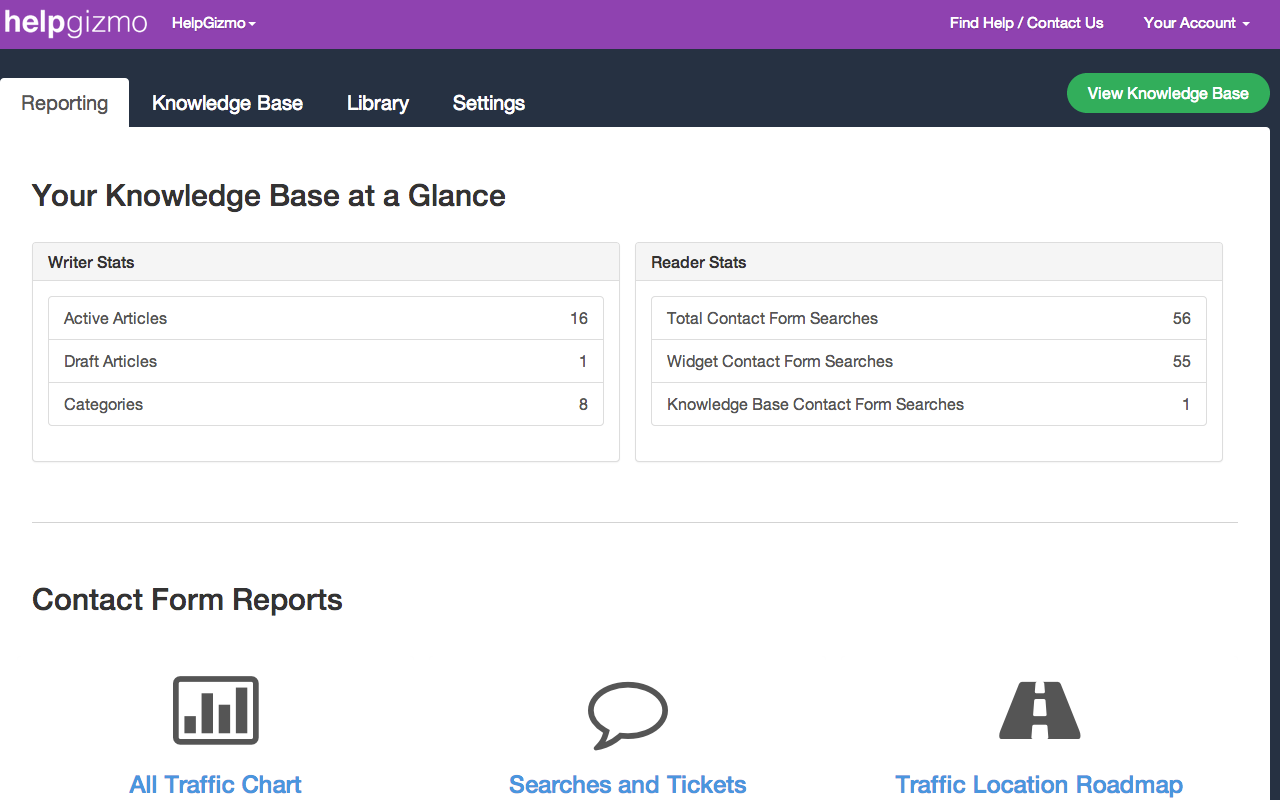 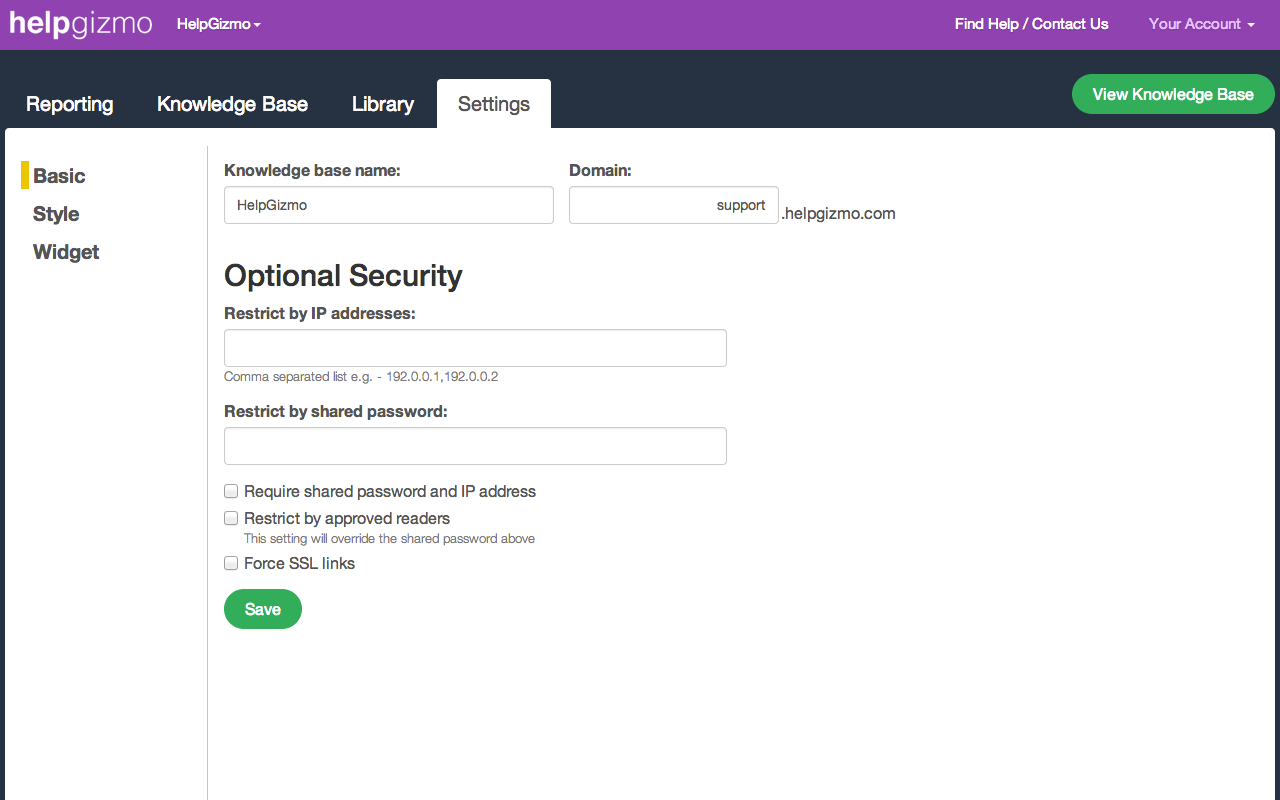 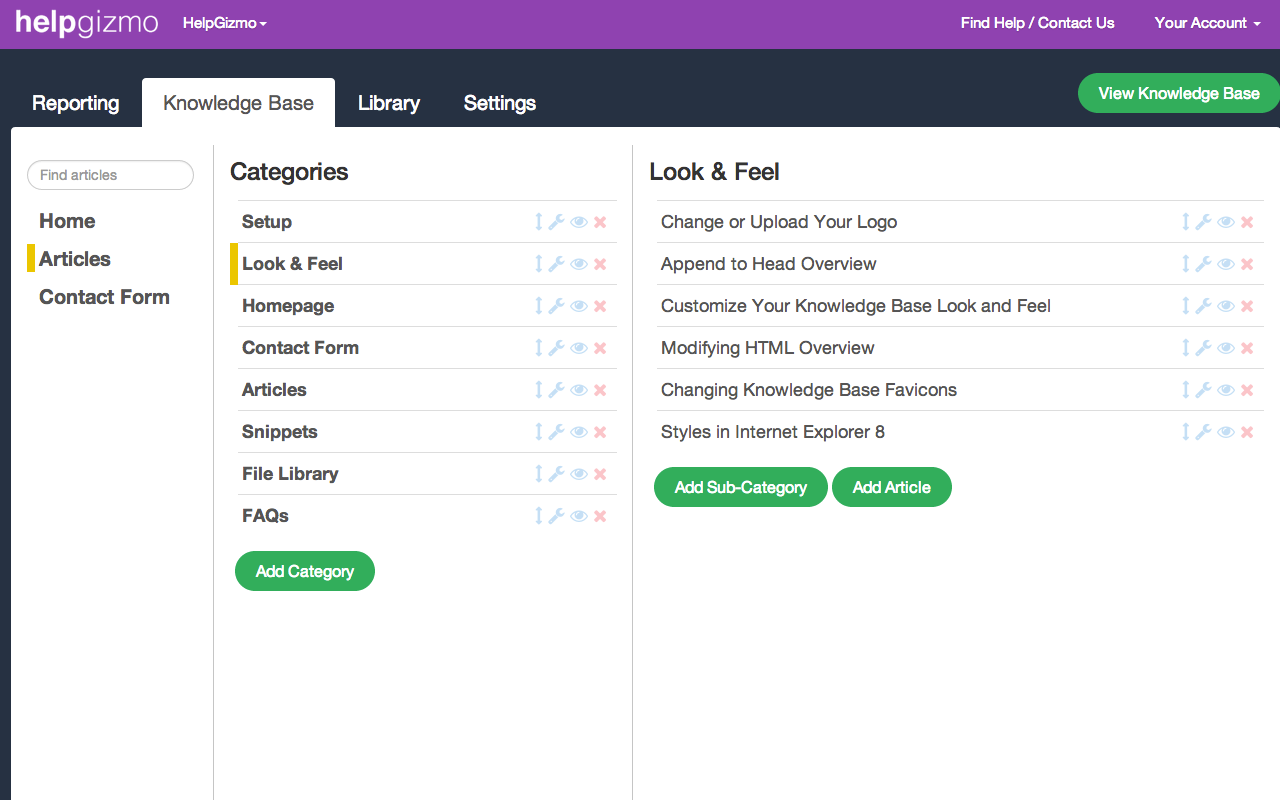 4.4
#1 Alternative to KnowledgeOwl
The Widen Collective brings your digital assets into one scalable solution. Gain visibility, access and control into...
Learn More

4.8
#2 Alternative to KnowledgeOwl
We offer an online training software that is simple and intuitive. Developing and training your employees or clients...
Learn More Visit Website

When looking to replace our current customer support portal, we looked at several options. Knowing...

When looking to replace our current customer support portal, we looked at several options. Knowing that we wanted a self service platform to maintain documentation, videos, demos, etc., Knowledge Owl (KO) came out on top. Their out of the box solution had much more functionality for the money and was solid.

Once we started uploading content, we had several questions as new users typically do, but the team at KO was ALWAYS ready, willing, and able to assist. Not being the most technical person, I never once felt like I was bothering them.

We also had the KO team assist with integrating our ticketing system and mirroring the CSS of our public site. All was fairly seamless and the team was extremely responsive throughout.

Being that we built our KO site as private where our customers need to log in to access company-specific information, we also utilize KO's password management.

Overall, I could not be more pleased with this solution and the KO team. They are really fantastic, extremely responsive. And, they are constantly improving the platform! Great product and Great People! Thank you KO. We look forward to working with you for a VERY long time to come...

None that I can think of right now. This company is really doing a great job and from our standpoint is a leader in the knowledge base space.

Thank you so much, Kristen! We super appreciate the awesome review! -Marybeth

SaaS as it should be!

Exceptional. Our use case for the platform was somewhat unusual and the KO team worked with use...

Exceptional. Our use case for the platform was somewhat unusual and the KO team worked with use from day one to tweak the platform so that it functioned and looked the way we needed. Since deploying the KO platform, our employees are actively engaging with the information we post which has led to an overall improvement in corporate knowledge

A key aspect of KO that set it apart from competitors is the ability for users to "subscribe" to topic areas and receive notification by email when new content is added. Clicking on a link in the notification email directly opens the content in KO.

Ease of setup, price, customizability, and most importantly, world-class support

There are minor aspects that are purely a matter of personal taste and mindset, but nothing of any significance the we would collectively say we don't like. It all works and it works well.

Overall, the software does what it says. It's a great start to get your product's documentation out...

Overall, the software does what it says. It's a great start to get your product's documentation out there. But some basic wiki capabilities are missing. Tags are still new and have a sort of "Phase 1" usefulness about them right now. There is no way to organize the image library, but I see on their product roadmap that this is on their radar. I'm also looking forward to the Glossary feature that is mentioned on their product roadmap, but not yet a capability of the system.

Most importantly, I would LOVE to have a way to link to a specific point in a different article, like you can with some knowledge bases.

The initial setup of the knowledge base is incredibly easy - super user-friendly. When trying the product before buying, I had a tiny test knowledge base up and running in minutes.

Documentation is a little lacking, but the software is intuitive enough that I find I don't have to refer to the documentation very often anyway.

The customer service there is excellent. We have had nothing but the best since day 1. Overall, I'd say our company is happy with Knowledge Owl and are looking forward to the enhancements that will round it out.

As someone coming from the high-end CMS authoring tools of Madcap Flare, RoboHelp, and HelpStudio,...

As someone coming from the high-end CMS authoring tools of Madcap Flare, RoboHelp, and HelpStudio, KnowledgeOwl has a lot more of the features that I expect to see from a CMS system with the additional bonus of having a team willing to go the extra mile to implement tweaks for their customers.

It's a perk, especially compared to the stand-alone systems, where "can I do this?" usually returns a response of "you get what you get and LIKE it. Oh, we also just rolled out a $1500 update. Go buy that, it has that little tweak you want. Kind of. But not really. Oh, and you should spend eight hours tracking down a solution to the problem you're having in our forums, because what you want to do isn't part of this release. That's in the next release. We promise."

Not that I'm bitter.

That doesn't seem like much when you're working on a sedate development environment. Having the time to sit down and really chew on some Javascript is part of it, but when your only free time to breathe or do a little research on the site interface issues is during your morning bus commute, it's a huge impact to your daily work routine.

When you're trying to slam out content that changes on a daily basis, not having the time to implement a backend code tweak for your site while keeping up with your dev team's amazing ability to crush deploy deadlines like empty Red Bull cans makes it hard to get those tweaks to your backend integrated in a timely manner. But KnowledgeOwl has been responsive, helpful, and reasonable - to the point where I don't mind waiting a day or so to get an answer back or telling my team "I asked KO about it, they're figuring out a fix for that."

I am not a huge fan of CMS hosting apps and sites from a purist's standpoint, but KnowledgeOwl makes me think I may become a convert.

One of the best and most seamless solutions we've implemented

We looked at many vendors before we evaluated Knowledge Owl, and I can't say enough about our...

We looked at many vendors before we evaluated Knowledge Owl, and I can't say enough about our experience working with the Knowledge Owl Team. From day one, the team continues to amaze me with the level of service they provide. They worked closely with us throughout the setup and implementation phase of our Help Center launch and continue to assist with our very custom and individual needs. Kudos to the entire team for always being responsive and helpful, but special thanks to the Knowledge Goddess / Chief Executive Owl, for leading the team.

Software out of the box is easy to use and customize and Knowledge Owl's documentation is thorough and nicely organized.

I can't think of anything that stands out as a con.

Yay! Thanks so much for the awesome review!

Showing 5 reviews of 208 Read all reviews

Q. What type of pricing plans does KnowledgeOwl offer?

Q. What are the main features of KnowledgeOwl?

We do not have any information about KnowledgeOwl features

Q. Who are the typical users of KnowledgeOwl?

KnowledgeOwl has the following typical customers:

Q. What languages does KnowledgeOwl support?

Q. What other apps does KnowledgeOwl integrate with?

We do not have any information about what integrations KnowledgeOwl has

Q. What level of support does KnowledgeOwl offer?